Plastics ending up in the food chain: the big debate

Plastic waste material washing up on beaches and ending up in the food chain is a cause of major concern. When the term ‘single use’ was announced as Word of the Year for 2018 by Collins Dictionary it confirmed the worldwide depth of public awareness of an environmental crisis. TV programmes such as Blue Planet fuelled their own ‘tidal wave’ of both condemnation and demands for action. Sustainability, with particular emphasis on plastics usage in wrapping and ’single-use’ non-recyclable parts, will continue to be a watchword in the years to come, so our industry will undoubtedly come under greater scrutiny.

Indeed, customers of small dry cleaners are regularly posing questions at counters, while laundries are finding that commercial customers want more and more detail on environmentally-friendly and internal operating practices which reflect their own organisations’ standards.

With many eco campaigns now focussing on actually reducing plastic usage rather than simply recycling it, what initiatives are equipment and parts manufacturers already implement ing to counter the increasing focus on sustainability? Suppliers of consumables such as chemicals, bags, packaging and poly roll will have to respond this year to the needs of environmentally-aware dry cleaners and laundries.

Ken Cupitt of the Guild of Cleaners and Launderers recalls: “The real interest within our membership in being part of the drive to reduce plastics was very apparent at Cleanex in 2018. I found myself in discussions with people such as Bob Ballantyne of Clean Supply on alternatives such as viscose and cellophane, and cleaning innovators like Kyle Grant and the team at Oxwash. “Guild members are already on the frontline – they have customers asking questions about or use of plastics and many are introducing reusable garment bags.

They want to be able to keep those customers informed of new developments, so our focus includes questioning and seeking solutions from suppliers. “When you see people doing things like Oxwash it is a breath of fresh air for the industry. But even the more traditional operations are finding ways to reassure their customers that they are taking steps to reduce plastic usage. It can start as simply as asking someone arriving at the counter to collect completed cleaning if they actually want the wrappers on their garments.

This demonstrates that you are thinking about the use of plastics – some customers will simply say ‘no thanks’ and carry off their cleaning unwrapped, feeling good that they have contributed in even a little way.” Another initiative, he says, is cleaners ‘closing the circle’ by offering a disposal service for customers’ unwanted polythene.

Guild members have been active in seeking to develop this, says Cupitt, but success had been limited by the fact that to date they have only found two places across the UK that will take polythene for disposal. “We really hope that this will change,” he adds. “It will no doubt need to involve government, but there is a public appetite for action. People are rightly concerned about the damage plastic is doing to wildlife, but now it is getting into the human food chain through consuming fish, then the drive for action will only strengthen.” It’s a point that has been at the centre of thinking for Oxwash, now a well-established and noted ‘eco warrior’ of cleaning even though it was only co-founded in 2017 by Kyle Grant and current chairman Dr Aron Ping D’Souza.

Grant, who was a research scientist at NASA and has a DPhil in Synthetic Biology from the University of Oxford, leads a team happy to be scrutinised by the discerning population of that academic city. They are serving customers who already know how plastic microfibres from modern clothing (up to 64 per cent of new fabrics contain some form of plastic constituent like polyester, nylon, acrylic and polyamide) are shed during the washing process.

These may be tiny threads, but are a virtually invisible pollutants that can drain out of washing machines and eventually enter the food chain through the fish and seafood we eat. Oxwash launder garments in low temperatures, including a cool spin, to reduce the microfibres shed and items most prone to shedding – such as fleeces – are put in ‘Guppy Bags’ before the process to help catch breakaway fibres. “Our customers expect us to have answers to just about everything when it comes to the environment,” says Oxwash. 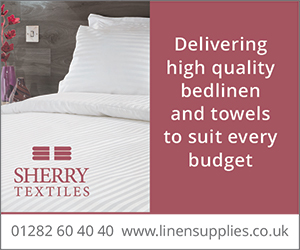 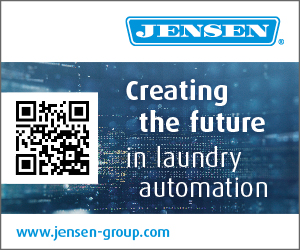 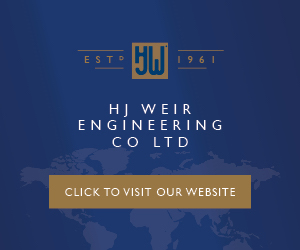 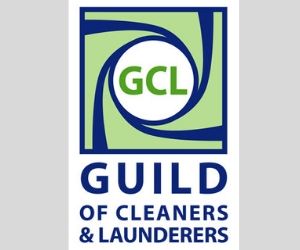